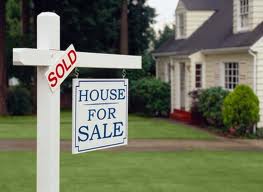 A long time ago, I attempted to sell my better half’s beloved Fiesta on eBay. It was a sorry old thing – perfectly serviceable but a little tired. The stereo was gaffa-taped to the floor, rust was creeping in and its tappets were just about the happiest bunch of mechanical mysteries on the planet.

It did work, though, and was perfectly safe, which is why I was rather disappointed with the winning bidder’s reaction on viewing his new purchase.

“That’s been crashed,” he said, peering at the back of the car.

There was a little dent on the rear bumper, yes. Where it originated from I could only guess. A supermarket trolley, perhaps. It certainly wasn’t the result of crashing at speed, backwards, into a tree.

“It’s just a dent,” I replied before pointing out that this really didn’t matter – he’d won the auction, therefore the car was now his.

The guy, in his fifties, trudged round the Fiesta he’d won – if memory serves me correctly – for about £300. His son, who was the intended new owner was a bit more forgiving about the understandably scruffy appearance of a fifteen-year-old car.

“No, it’s been crashed, several times, I reckon. This guy’s having us on. Aren’t you?” He looked at me.

I simply reiterated the fact that it was now his, therefore any opinion he had on the car did not matter a jot. To reassure him, I pointed out that I wouldn’t have let my girlfriend drive around in it for a year if her perpetual habit of crashing into trees would have rendered it a death trap.

After some expletives, he bundled his son back into their car and sped off. Eventually, we had to give the car to a neighbour who insisted he could ‘make it disappear’ for £50.

Like nearly all eBay transactions, it was pointlessly expensive, needlesly complicated and, ultimately, an utter waste of time. I thought this kind of thing was limited only to eBay. However, imagine my surprise when, some ten years later, I find myself selling our house and purchasing another one only to find that the entire experience is exactly like that of an eBay transaction. A massive, stupid eBay transaction involving literally hundreds of thousands of pounds.

I’m not going to say any more at this stage, as I would rather not tempt fate. Think of this blog as a cliffhanger. A rubbish, boring cliffhanger, yes, but what I will eventually report on here will hopefully assist fellow naive house buyers and sellers. Stay tuned. Or don’t. I’m not really that fussed.