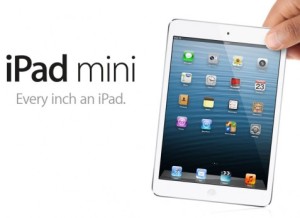 We all know that ‘nits’ are little creatures which have a habit of nesting in human hair. No one, however, know what nits are when it comes to computer displays. That didn’t matter yesterday, though, when Apple announced that its latest line of laptop and desktop computer displays featured ‘300 nits’. We are all supposed to be very excited about the increase in nittage (although the previous nit value was never quoted). Why? Just because we should be. Three hundred is a larger number than, say, 5, and therefore we should all be grateful and impressed.

Let’s cover the announcements made at yesterday’s event…

Apple’s bestselling notebook received a significant update. It is now thinner and includes a ‘retina’ display, which is tech twat speak for ‘you won’t be able to see any of the dots that make up the images on the screen’. Unfortunately, while it is not as expensive as its 15” big brother, it is still just expensive enough to be unaffordable for everyone.

Apple believe this is the best desktop computer in the world and the only time anyone has got the all-in-one concept right. And who are we to argue? They offered lots of big numbers to explain why they are right and why we are all stupid and wrong for buying other stuff. The new iMac is thinner than anything you can conceivably think of and is put together using friction-stir welding, which isn’t the most boring thing you’ve read all day. While some will be able to afford the 21.5” version, the one we all want – the 27” – is more expensive than most of the stuff in your house and therefore entirely unobtainable.

Everyone has forgotten what this is called. Including Apple. Originally, it was ‘The New iPad’, although most owners referred to theirs as the iPad 3. Now it is the 4th generation iPad, although the Apple website refers to it as ‘iPad with Retina display’. Confused? Well, that’s because you’re stupid. The new, current, 4th iPad is now twice as fast as the old new, 3rd iPad and features faster wireless and the new lightening charging port. Basically, if you own the old new 3rd generation iPad (I think I’m still referring to the correct one), it is now rubbish and should be replaced.

The main event. The big one. Actually, the little one. Just as Apple innovated by making their iPhone slightly bigger, they’ve made the iPad smaller. This immediately means it’s better than anything the competition can come up with and, once again, to prove the point, we were shown lots of high percentages and mentions of ‘theirs is made out of plastic’. Unfortunately, aside from the base 16Gb model, the other iterations are only obtainable for those who are happy to live off street kill for the following twelve months after purchase.

Those that know me will want to know the answer to the question, ’will you be getting one?’. Will I? Probably not. I want one more than I want to keep my eyes, but it comes back to the age old justification problem. And that is that there is very little justification for it. Only, Apple have made what I consider to be an increasingly solid rod for their own back, here.

Normal people like me cannot afford, nor wish to spend money on the majority of their products. I’d very much like a new Macbook Pro with a retina display for my studio. I’d also love an Air for blogging and the times an iPad’s onscreen keyboard is simply too cumbersome. I’d like a Mac mini to run as a media server. I’d like an iMac as a desktop machine to look nice in the dining room. I’d like an iPad mini because it’s more portable.

I’ll stop there. But, in short, I want everything they do. All of it. But I can’t justify any of those items. The key words above are ‘like’ and ‘want’. I don’t need any of the stuff they make. None of us do. If they continue to innovate in such small steps and price themselves out of the real world, they will not capture the wider, PC-killing audience they so clearly strive for.

2 thoughts on “How about mini prices, Apple?”