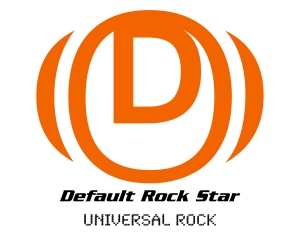 For about twenty years, I have been playing with myself in the spare bedroom.

That’s the inevitable, masturbatory-reference-strewn intro over, and one few bedroom producers can escape from. But that’s what I have always been, and will continue to be probably for the rest of my life – a knob-twiddling, noise-making producer of music made, on the whole, purely for my own satisfaction.

For the last ten years, I’ve wanted to produce an album. Anyone who has listened to Pink Floyd’s Dark Side Of The Moon will doubtless have wanted to do the same thing themselves, but I’ve technically had the tools to do so ever since my dad bought an Atari ST and a copy of Cubase in the early 90s.

For years I’ve fiddled. I’ve even ‘released’ some stuff, in the loosest possible term, which can be found on my old Soundcloud page (click here). Inevitably, though, my journey through sound has resulted in half finished ideas, completed tracks I’ve not dared put out into the ether and hours of frustrating, key-bashing unproductiveness. Anyone who has dabbled with making their own music, whether it be electronic, rock, pop or simply a guitar and a microphone, will know exactly what I’m talking about. It’s a long, lonely process and one which usually results in 95% unproductiveness and 5% of genuine inspiration. The greats turn that 5% into beautiful works of art we buy and listen to for years to come. People like me make it work for ourselves.

It is with that in mind that I present my first album, Universal Rock. Under the pseudonym, Default Rock Star, which originated during nothing more elaborate than a dog walk, it is something I’m finally happy with. It’ll likely be the only full album I ever release, as I will now concentrate on single tracks and possibly the odd EP.

As a fellow producer friend (the rather excellent Persona1600) recently remarked about his own work, these 10 tracks are the closest things I have to children. Perhaps you’ll enjoy them. Maybe you won’t. Here they are…